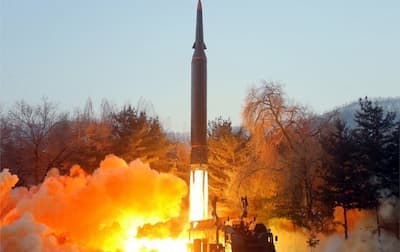 North Korea has successfully tested a hypersonic missile, its first major weapons test this year. According to a state media report, the test precisely hit a set target of 700 kilometer yesterday.

The tests come as Pyongyang struggles with food shortages due to a coronavirus blockade that has severely affected its economy. North Korea tested a variety of missiles last year amid stalled talks with the South and US.

The US has been calling for North Korea to give up its nuclear weapons, and Pyongyang’s relationship with President Joe Biden’s administration has so far been fraught with tension.

Pyongyang joins a small number of countries, including the United States and China, in attempting to develop hypersonic missiles.

Newspaper is your news, entertainment, music fashion website. We provide you with the latest breaking news and videos straight from the entertainment industry. Fashion fades, only style remains the same. Fashion never stops. There are always projects, opportunities. Clothes mean nothing until someone lives in them.