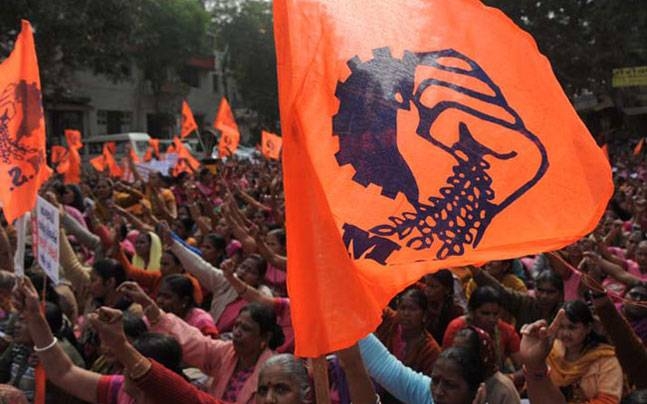 New Delhi (IP News). BMS demanded the Government to raise the limit of earned leave to 300 days from the 240 days cap proposed in the new rules to labour codes. BMS raised the demand during the consultation meeting held by the Union Ministry of Labour and Employment today on draft Rules on two Labour Codes viz. Social Security Code rules and OSH & WC Code Rules. The OSH Code Rules proposed for earned leave a cap of 240 days generally, 90 days for journalists and 120 days for sales representatives.

This is a great loss for those who have sacrificed their right for leave and worked for their employers. BMS objected to the omission in the draft Rules regarding certain important sectors. It demanded that separate Rules should be made for Building and other Construction workers, Beedi workers, plantation workers, journalists and audio visual workers, cine workers etc. Nearly 2.5 crore workers and farmers are dependent on Beedi sector which includes mainly women workers.

The proposed draft rules did not cover 80% of the provisions in the Labour Codes passed by the Parliament. Most of the power to make rules have been transferred to State Governments whose lack of interest in labour matters are notorious. Even Supreme Court had to intervene in the lack of sensitivity of State Governments in labour matters in the issue of Building and Other Construction workers. BMS demanded that the threshold limit raised should be withdrawn.
Due to massive contractualisation taking place in the country, even a single contract labour should be brought under the purview of the contract labour regulation and abolition provisions of the Code. BMS demanded increasing the eligibility criteria of EPF scheme from a monthly salary of Rs 15000 to Rs. 21000 to make it on par with the ESI scheme. The Rules should provide that ESI benefits should continue to be provided to the employees even after crossing the Rs.21000 salary cap. BMS objected the filling up of tripartite committees with bureaucrats and technocrats and avoiding sufficient representation of trade unions.

It demanded that the ILO mandate of the ratio 1:1:2 i.e. the ratio of one employee, one employer and two Government representatives has to be strictly adhered especially in the State bodies. ESI and EPF which are two of the largest social security schemes in the world, are running smoothly only because of the sufficient trade union representation to administer the schemes. The definition of wages should be widened to include all the allowances so that the employers cannot cunningly avoid payment of contribution to social security schemes and full benefits to retirement and other compensations.